By continuing to browse this site, you are agreeing to our use of cookies.

CADSoftTools has released a new product for software developers - CADEditorX.

It allows integrating CAD technologies into user applications very fast thanks to the uniquely easy-to-use XML interface that contains a single function and a single event. 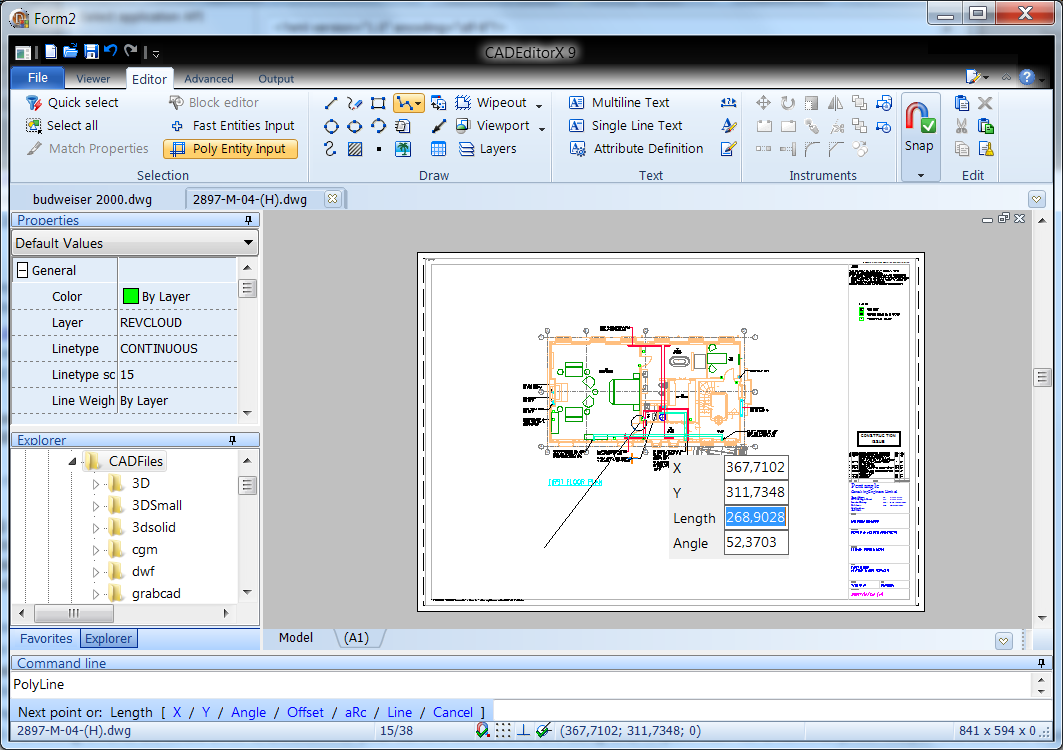 Here is an example of XML code to add a line and a text:

After executing the function with this XML, we’ll get the following result: 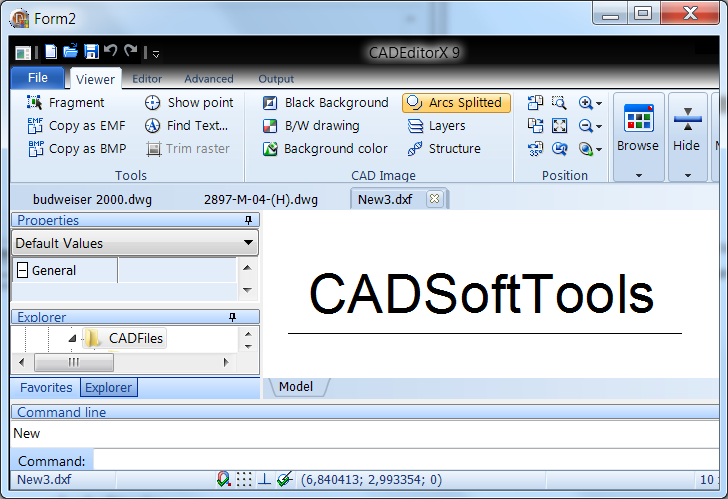 API for other functions works in the same way.

The software package includes dozens of examples that can be edited and run from a convenient XML editor: 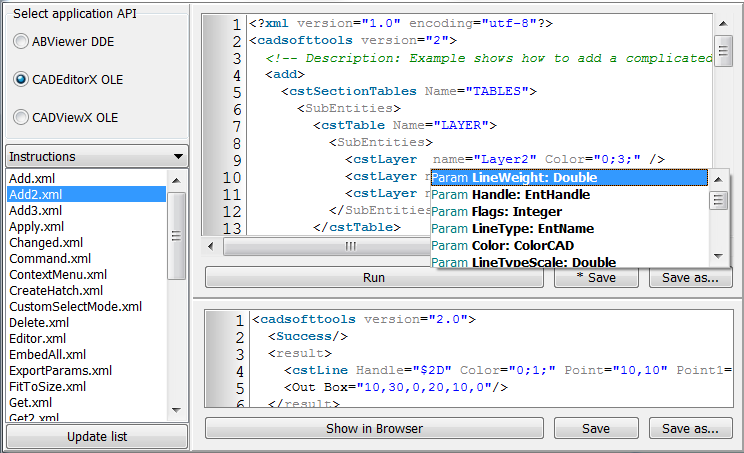 You can see a list of examples in the left part of the screenshot and their code in the right one. Please, have a look at the section How to that gives answers to the most common questions

CADEditorX is based on COM / ActiveX, thanks to which it can be used in Internet Explorer and in MS Office applications.

CADEditorX isn’t the only library by CADSoftTools; besides it, the company offers the following SDK:

CAD VCL – to read and write DWG / DXF in Delphi

Sharecad.org – a free iframe plugin for viewing dwg on your website!